I don’t want to rub my life in anyone’s face right now but just like many other students I currently have quite a long summer break ahead of me and am already at a loss of what to do during some of the rainier days. So, like many people of my generation and beyond, my solution this problem is not to tidy the house as my mum has suggested numerous times, but to find a new television show to binge watch.

While most people would probably suggest Game of Thrones since it feels like the only thing that has happened this year, I have actually never watched it because I am a wimp when it comes to those graphic, violent scenes. Instead, I am always on the lookout for a more feel good show, preferably one where they won’t kill off some of the best characters because I am fed up of the grief Grey’s Anatomy has put me through for ten years.

Therefore if you are looking for a new feel-good show then here are my top ten favourites:

Ok so I know that the majority of the planet have already watched Friends but if you are one of the select few who in some way almost humanly possible has never seen it then you need to watch it now! That’s all I have to say since the show’s greatness speaks for itself.

I have watched both versions of The Office and while I feel slightly like a traitor for saying this, I really prefer the US one. Ricky Gervais is awkward and hilarious but Steve Carrell wins all day every day. Besides from this, Jim and Pam will fill your heart with love and joy; every character is hilarious in their own way, especially Creed. It is one of the rare comedies where I actually couldn’t stop laughing out loud, so please watch it if you haven’t already!

Whenever my dad makes fun of this show I always try to point out how smart and witty the dialogue is; the amount of books, movies and television shows they reference make it any Arts student’s dream. It may be slightly cheesy at times but it is one of my favourite shows ever; it will just make you feel happy inside and you will immediately want to move to Stars Hollow.

I discovered ‘Schitt’s Creek’ on Netflix with my sister and we both fell in love with it. If I attempted to explain it, I think it would make it sound awful so instead I would just say watch it for yourself and stick with it because it is hilarious (Alexis wears some very nice clothes which is always great).

Speaking of nice clothes, it’s impossible for me not to mention perhaps the most stylish show ever. The show is quite old now but it’s like the best vintage clothes that never go out of style- the first time I watched it I tried so hard to relate to Carrie but I can’t help but be Charlotte. 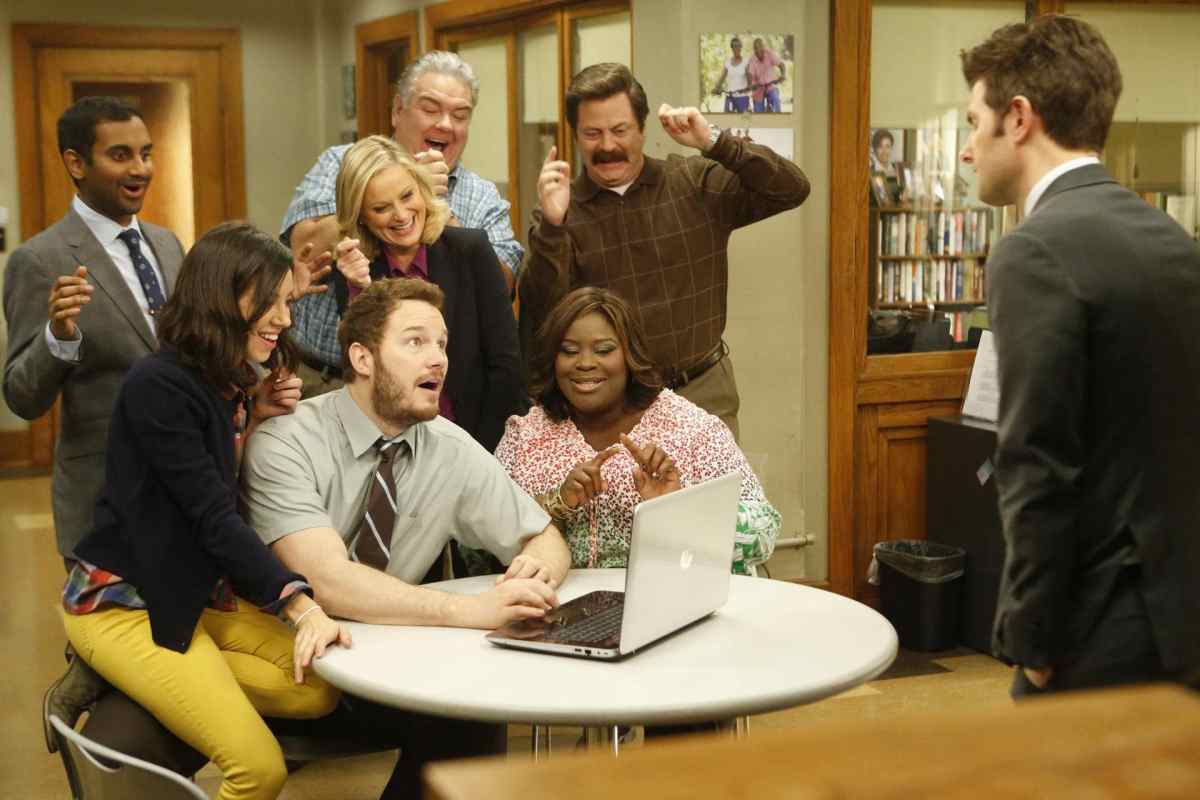 ‘Gossip Girl’ isn’t always the most feel good show and there are also a lot of inconsistences with the plot( am I selling it?) but it is so easy to sit back and escape into this heightened reality of rich socialites in New York City wearing the most amazing clothes and causing lots of drama.

If you couldn’t tell already, there is a definite theme of stylish shows set in New York. I used to watch ‘Ugly Betty’ when it originally aired and recently went back to watch again and remembered how witty and original it was.

This is the next show on my list because I think Tina Fey is a comedic genius so I have little doubt that it will be amazing.

I realise by writing this post I am painting myself as someone who does nothing but binge watch TV shows all of the time(not that far from the truth) but hopefully if you are looking for something less gruesome and heavy to watch from time to time, these suggestions will help!

Hello! My name is Stephanie Elizabeth, I am a student/ writer/ fashion lover from Scotland . From a young age, fashion has been an immensely important aspect of my life, and in the past few years this love has grown from my discovery of Hollywood legends such as Audrey Hepburn, Grace Kelly, Diane Keaton and many more. Through this admiration, I was able to appreciate the many eras of fashion and the unique interpretations of style which keep it interesting and ever changing; it is the individual takes which I love the most, as it is completely expressive and different for every one of us. So, I am excited for this next chapter of my life to see how my own style( and life) evolves during university, lots of travelling( I hope) and beyond. View more posts