“Who trusted the pair of us to go to London alone?”- wise words from Ava. 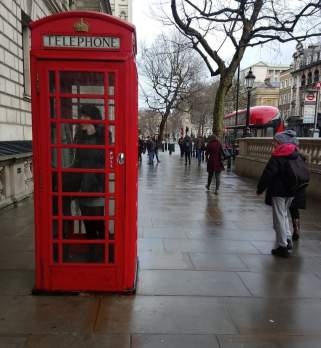 If you follow me on Instagram, it was probably impossible to ignore my trip to London with my best friend Ava at the beginning of January.  London is one of my favourite places to be so I always jump at the opportunity to visit! 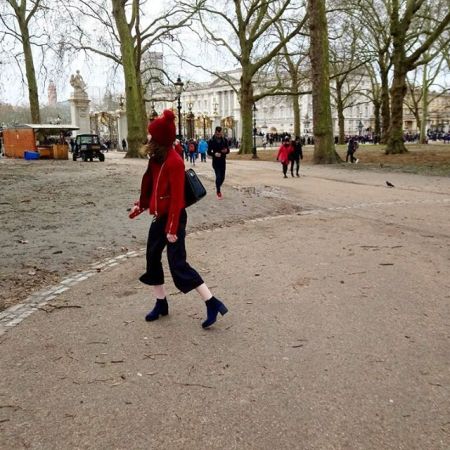 The trip was jam packed with things to do and places to see and I honestly had the best time ever so I thought I would give you a few details about it all. We got the train down on the Tuesday (the 2nd) morning, which I think I would always prefer as even though it can be a little pricier sometimes, it is a lot more chilled than the craziness of the airport, and it also takes you right in to the centre of London which is very handy! Although, this time round the train actually worked out a lot cheaper for us than flying- we booked on a website called ‘The Train Line’ so keep an eye out for good prices!

When we arrived, there was only one thing on my mind- shopping of course- so we dropped our cases off at the hotel and headed straight out to hit the sales on Oxford Street. There are three Zara’s within a very close proximity to one another, what more could you want?! I loved going to other shops like Bershka, Stradivarius and Brandy Melville since we don’t have them in Glasgow yet, as well as the massive Topshop! I realised that it would probably be too dangerous for me to ever live in London since I would just want to go shopping all of the time.

Our hotel was in Covent Garden which was such a good location as it was easy for us to walk to most places from there, while at night there were also so many good bars and restaurants in that area! On the first night we went to a very cool restaurant called Inamo for sushi and had cocktails at a bar called Dirty Martini- both were less than a ten minute walk from the hotel and the cocktails weren’t too pricey if you catch their happy hour(s). 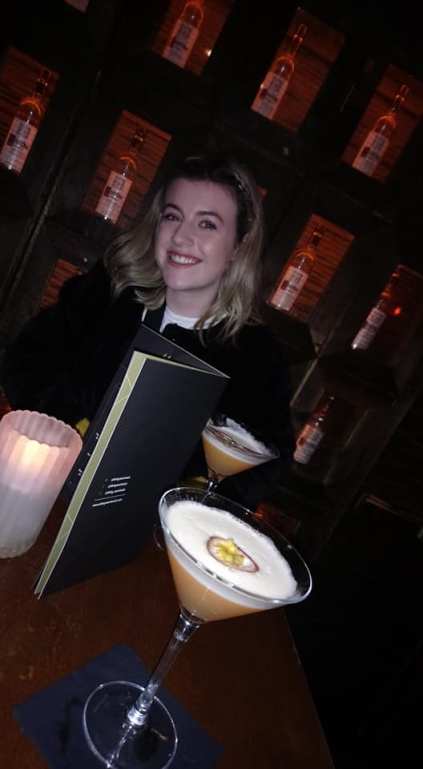 The next day we wandered around the city centre and stumbled across Buckingham Palace before getting the Golden Tours Harry Potter bus to the studio tour, watching Chamber of Secrets on the bus. This was the second time I have been to the studios and it honestly never disappoints, it is so amazing! I think it is impossible to not enjoy the tour, especially if you are with a friend (like Ava) who is even more obsessed with HP than you are! It can be slightly expensive but I would say that it is completely worth it, and I would really recommend trying the Butterbeer because it was delicious! 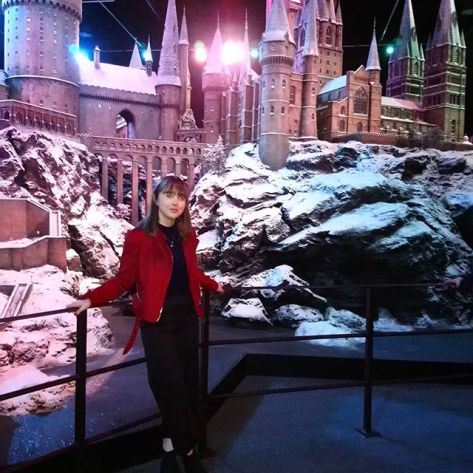 We spent the entire next day visiting Westminster, walking along the south bank trying to get spotted outside the This Morning studios before going to Tate Modern and then wandered around Camden Town. I didn’t know what to expect with Camden, but there were so many little vintage shops, gift boutiques and markets, as well as the little food market where I indulged in some churros before heading back to our hotel before going to see ‘Aladdin’ at night. A West End show is obviously a necessity, and Hamilton is definitely top of my list for the next time I go down. 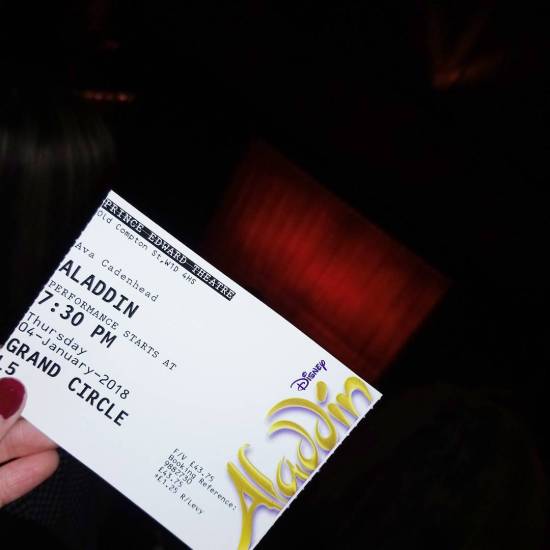 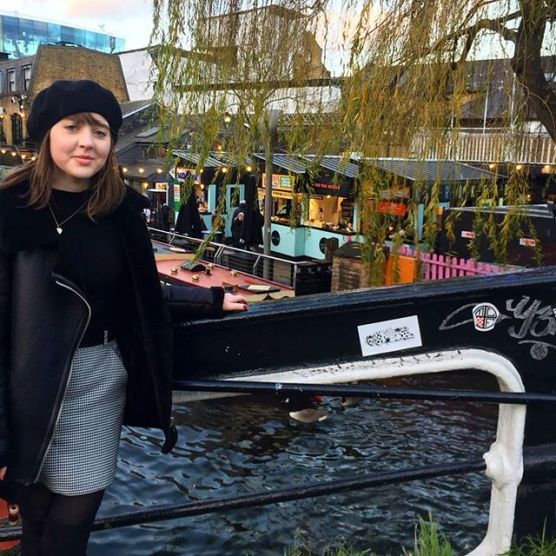 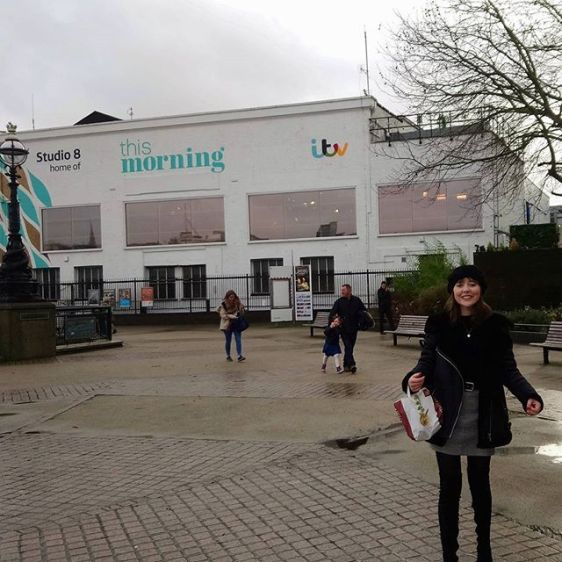 On our last day, we visited Leicester Square, Trafalgar Square, China Town before going walking across London Bridge to meet my cousin for lunch  at Borough Market where she showed me Bridget Jones’ flat which was a very exciting moment for me I won’t lie. I would say that going here for something to eat is a must, as there was every kind of food imaginable, and I actually ended up joining Ava (the vegan) in having a vegan cheeseburger which was delicious!  Then we headed to Kings Cross where we spotted Platform 9 ¾ before I cried at the prospect of leaving my favourite place for now and going back to university for semester 2- I am already planning my next trip! 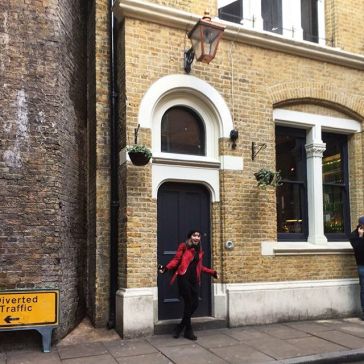 It makes me so sad to write this remembering that it is all over, but we both keep talking about our plans for our next trip down so I’m sure it won’t be too long before we are back! 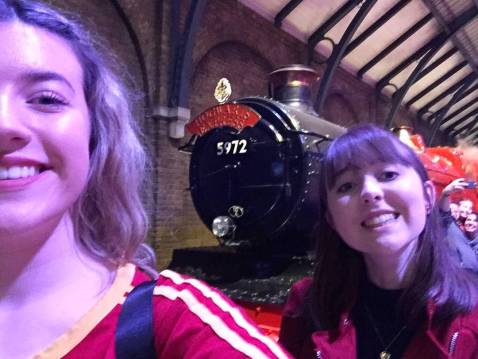 Hello! My name is Stephanie Elizabeth, I am a student/ writer/ fashion lover from Scotland . From a young age, fashion has been an immensely important aspect of my life, and in the past few years this love has grown from my discovery of Hollywood legends such as Audrey Hepburn, Grace Kelly, Diane Keaton and many more. Through this admiration, I was able to appreciate the many eras of fashion and the unique interpretations of style which keep it interesting and ever changing; it is the individual takes which I love the most, as it is completely expressive and different for every one of us. So, I am excited for this next chapter of my life to see how my own style( and life) evolves during university, lots of travelling( I hope) and beyond. View more posts